Farewell to an old friend

JACKSONVILLE — A group of pothole-conscious city workers gathered Friday to bid farewell to an old friend and welcome the new kid on the block.

For 23 years, public works department workers have depended on their veteran Pro-Patch Pothole Patcher asphalt patching unit to mend the pavement gaps along the 137 miles of pavement inside the 14.1 miles of Jacksonville.

The patcher (by H.D. Industries) is a faithful steed of a machine that has racked up 140,000 miles going almost exclusively from pothole to pothole to render repairs, officials said.

Will Cole, the city's director of Public Works, said the older patcher has been very dependable.

"There are a lot of potholes out there," Cole said. "If you don't have a system for taking care of them, it can get very overwhelming."

But after two decades, city officials feel its time for a change. So they have purchased a newer unit, which, like its predecessor, can effect asphalt repairs under pretty much any weather condition.

It also can repair "utility cut" holes — gaps created in the pavement to add utility lines — and transport asphalt mix material in addition to road oils at controlled temperatures.

Who does the pothole repairs? Generally, one particular machine operator and assistant are designated to go on call. Other public works employees are available to assist when needed.

During Friday's unofficial changeover, employees gathered to watch the new machine being used for the first time while it was still parked there alongside its predecessor.

Additionally, there were a few guests on hand from Malaysia, including Mudzamel Bin Jaffar, a factory manager for the company MaLift Technology.

Bin Jaffar said he and his colleagues, who have been town a few days, were there to study the inner workings of pothole patchers. The company is in the process of purchasing a new patch unit to mount onto a Nissan truck.

"The one we have right now is much older," Bin Jaffar said.

The old and new units have different ways of keeping asphalt hot — as much as 325 degrees — for the purpose of pothole patching. The outgoing machine has a heat transfer oil chamber and the new machine has a dry heat chamber. Both methods are effective.

But despite the fact they come from the same company and look similar (except for the wear and tear), there are differences in the older and new units, officials said.

"There have been a lot of technological changes in the newer truck," said James Worley, street supervisor.

And the shy retiree? Don't worry. There's still pothole patching work for the older unit to do.

The older unit goes into surplus, an online auction, perhaps as early as this month, officials said. 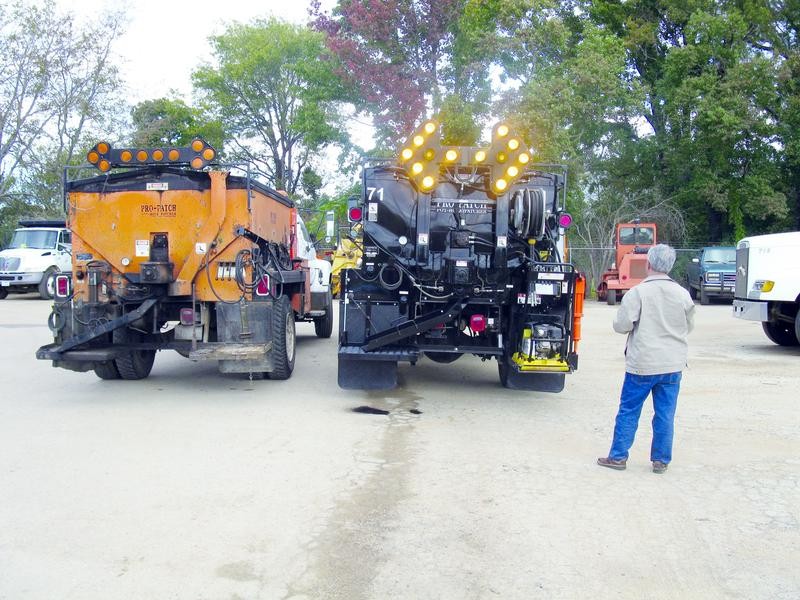 The veteran pothole patching machine awaits auction while its successor, on right, is about to be used on city roads, as an observer from Malaysia watches. 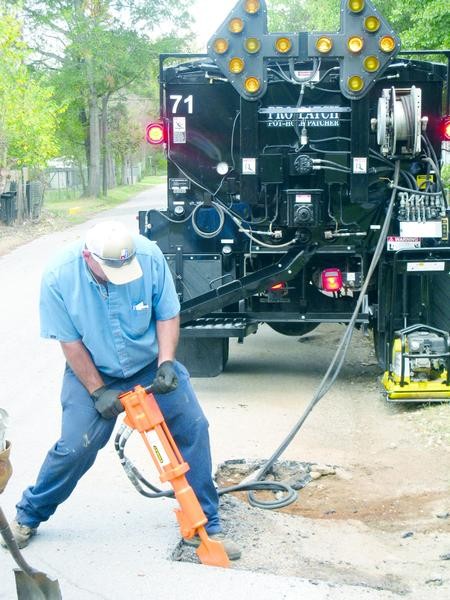 Beginning the stages of preparation for pothole fill, a city employee uses a jackhammer to soften up the road. 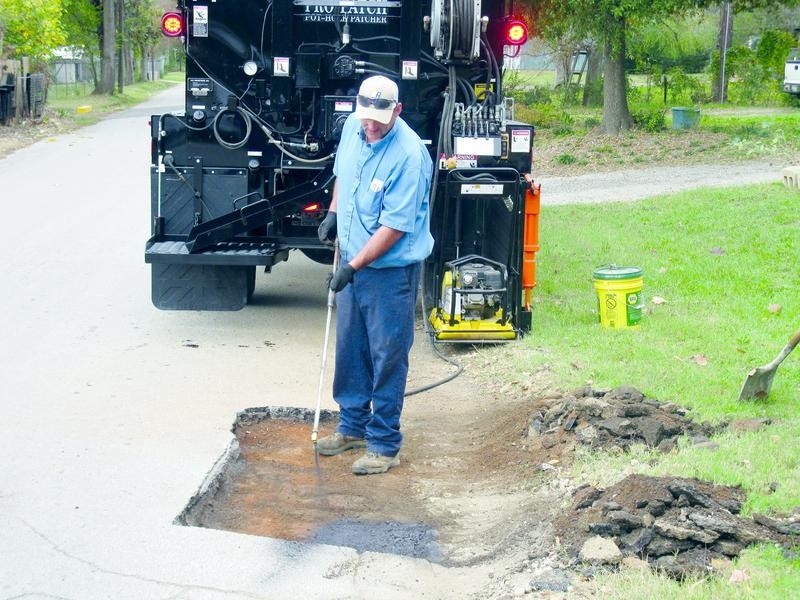 A city employee prepares the hole for fill by spraying it with oil. 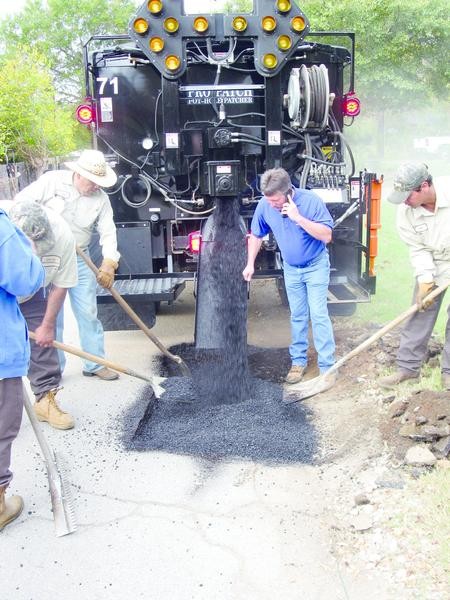 Several city employees level the hot fill as it comes spilling out of the new truck in preparation for a roller to compress it so that it is level with the existing roadway.

A city employee uses a rake to help level the fill that just came from the truck in preparation for compression. 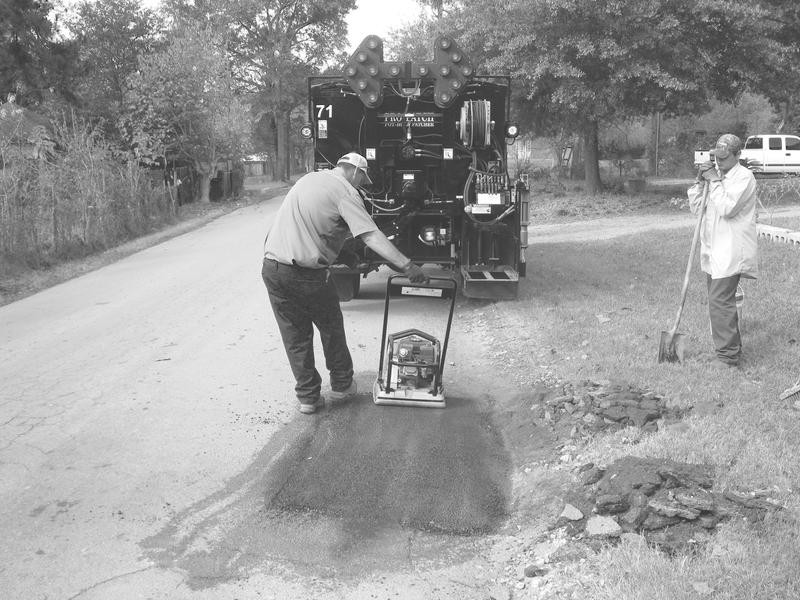 A special rolling device is used to compress the hot fill, sometimes at temperatures as high as 325 degrees, so that it is level with the existing roadway. Progress photos by Ben Tinsley